Home
About
Get There
Tickets

By Phila. Society for the Preservation of Landmarks (other events)

Philadelphia is the home of numerous world-class early music ensembles. Performances in the lovingly restored PhilaLandmarks houses provide the perfect opportunity to hear and get to know these creative musicians. Here is a taste of a few of the ensembles you'll hear at the PhilaLandmarks Early Music Series concerts:

Night Music charms its audiences with music of the Revolutionary and Romantic eras, performing music of Mozart, Haydn, Beethoven, and beyond on string and wind instruments of the time.

Grand Harmonie is fast becoming the Northeast's go-to ensemble for energetic and imaginative performances of Classical and Romantic repertoire. Their programs feature a special emphasis on the rich history of wind and brass music.

Formed in 2013, Kleine Kammermusik is dedicated to bringing to life the wealth of intimate chamber music from the courts of Europe. Each member brings superb artistry and a high level of virtuosity to music full of dazzling surprises. 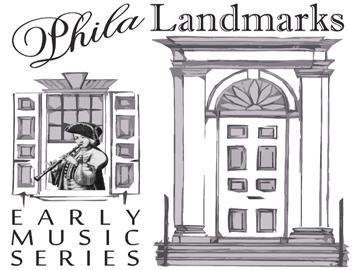 Phila. Society for the Preservation of Landmarks

other events by this organization